The Endless Line of Costs from a Data Breach 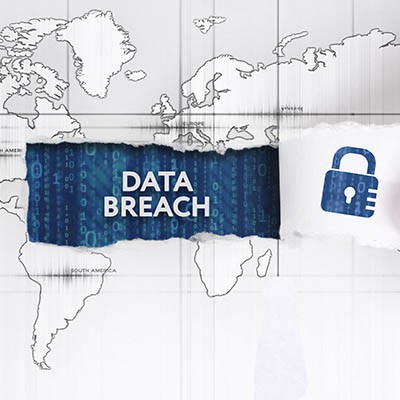 Picture this… In your office you have a bag filled with thousands of envelopes. In each envelope there is $242 in cash. Unbeknownst to you, a thief has gained access to your office, but you don’t realise this until 279 days later. How much is this going to cost your business?

Data breaches on average in the US cost $242 per breached record. With the average breach compromising 25,575 records, the average cost per data breach is $8.19 million. Of course, the financial cost per breach is determined by a number of factors, but regardless of how much each breached file is actually worth, the entire situation has a chance to be the end of everything that you’ve been doing. Today we discuss these factors and determine how your business can avoid experiencing the effects companies feel in the aftermath.

Let’s take a brief look at the 2019 Cost of a Data Breach Report.

It’s no secret that anything associated with the healthcare industry costs a pretty penny. Healthcare data breaches are no different. The average cost of a data breach in the healthcare industry costs approximately 6.45 million dollars. This number is a staggering $15 million in the United States, where healthcare costs outpace the rest of the world. The cost-per-record increased over five percent within just a year, increasing from 408 dollars to 429 dollars. This 21-dollar increase might seem insignificant, as well as non-healthcare records increasing 2 dollars over a year, but remember that the average breach compromises 25,575 records. That means comparing 2018 to 2019, even non-healthcare data breach costs increased by over half a million dollars per incident.

Clients Will Forget About Our Breach … Right?

Word travels fast in the digital age. If your business suffers a data breach, statistically these are the long- and short-term hurdles you will face.

Once customers hear their personal data has been breached, some begin to look for alternative companies in which to do business. It’s not uncommon for customers to feel that their data cannot be trusted following a data breach, and it's hard to blame them. In fact, on average 3.9 percent (even higher in the healthcare industry) of customers leave service following a data breach. For businesses with fewer than 500 employees, a data breach could ultimately lead to problems attracting new revenue, and ultimately, failure.

What your business needs to know following a data breach, is time is of the essence. The faster you solve the issue at hand, the less it is going to cost. Solving the problem within 200 days reduces the total cost by $1.2 million on average. What’s better than saving $1.2 million? Not suffering from a data breach in the first place. eManaged offers services that can help prevent breaches. Call 1300 363 308 to learn more about our security services.

Ivan Janssen has been involved in the IT industry for over 30 years being involved in sales as well as software development including mobile apps. His passion is to use his skills and experience in IT to help businesses implement IT systems so they can operate at their best.

No comments made yet. Be the first to submit a comment

Learn more about what eManaged
can do for your business.